The Rise of Home Prices in DC’s Central Corridor

We found that the neighborhoods in the city’s central corridor between Rock Creek Park and the Anacostia River have seen the biggest percent increase in home prices since 2001 (the earliest year for which we have reliable data). In Trinidad, LeDroit Park, and Columbia Heights, the median sales price for a single family home has more than tripled since 2001, and the median sales price in these neighborhoods is above what it was during the peak of the housing boom. The story’s different in the city’s outlying areas. In all neighborhoods east of the Anacostia River, and in some neighborhoods west of Rock Creek Park, home prices have risen from 2001 levels but have not yet recovered from the housing bust in the mid- to late-2000s. For example, in Deanwood, a neighborhood in the eastern corner of the city, the median sales price for a single family home grew 74 percent between 2001 and 2015, but the median home price in 2015 is 24 percent lower than it was in 2006. (Note that in our analysis we adjusted for inflation by converting all home prices into 2015 dollars.)

Below are some interactive graphics we created that illustrate the trajectories of home prices from 2001 to 2015 in different DC neighborhoods.

In the first map, below, you can see that home prices in all of DC’s neighborhoods have increased since 2001, but the largest increases have occurred in city’s central corridor. 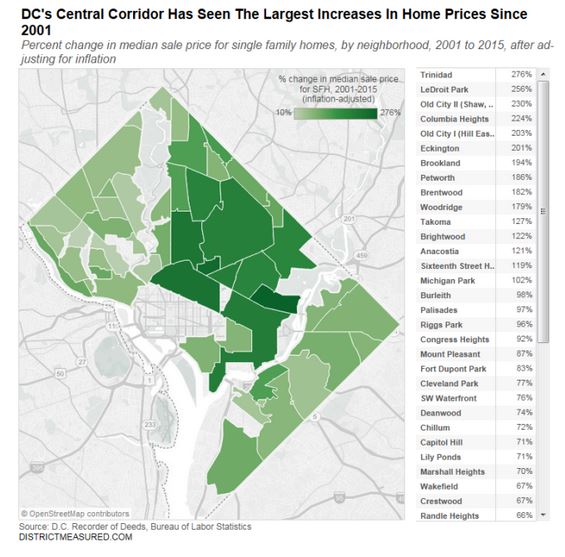 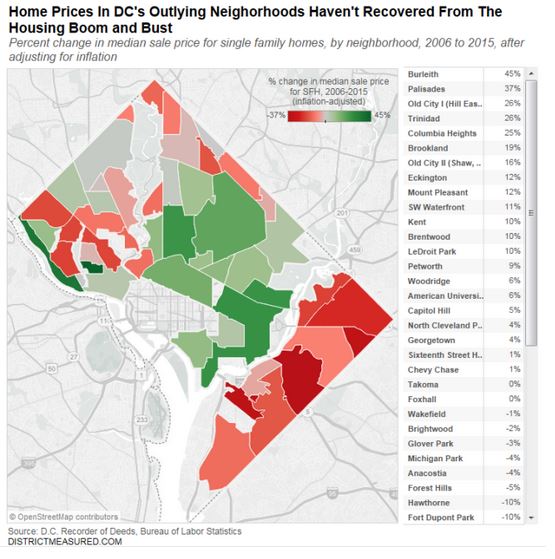 Home prices declined after the housing boom, but in 2009 prices started rising in many DC neighborhoods, though not in all. The neighborhoods that saw the biggest price increases since 2009 are those to the northeast of downtown: Trinidad, Eckington, Brookland, LeDroit Park, and Petworth, as you can see in the map below. 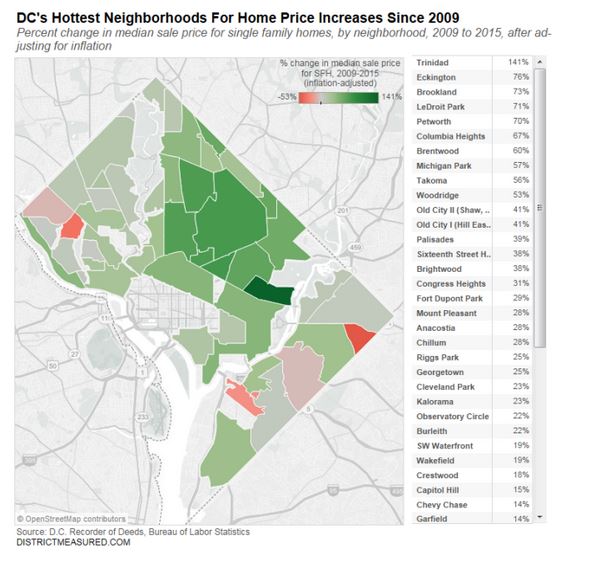 In the interactive graph below you can see the inflation-adjusted price trajectories of the neighborhoods that have grown the fastest since 2009. Prices in Trinidad, Petworth, and Brookland show signs of slowing, though we can’t be certain of how prices will change in the future. You can use the graph below to compare the home price trajectories of neighborhoods throughout the city. 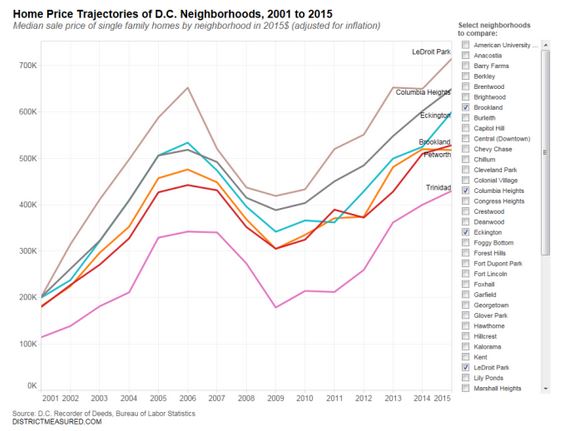 Even though home prices in the city’s central corridor have increased the most over the past 15 years, median prices for single family homes west of Rock Creek Park still tend to be higher than in other parts of the city. You can use the map below to see how home prices in each DC neighborhood have changed since 2001. 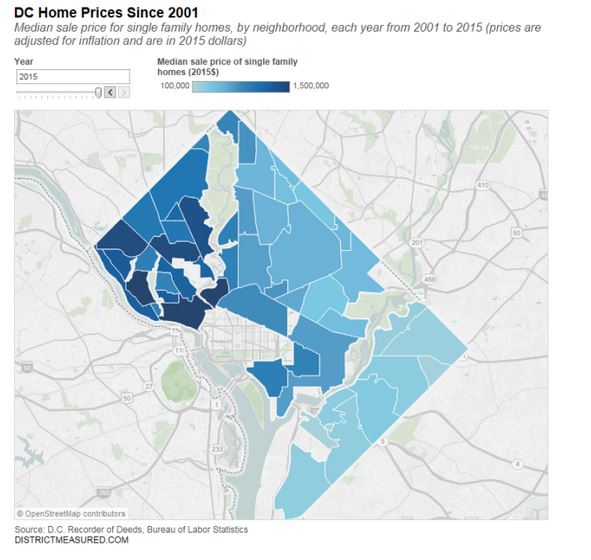 We adjusted for inflation and converted all home sale prices into 2015 dollars using the Bureau of Labor Statistics inflation calculator.

We did not control for house size in our analysis.