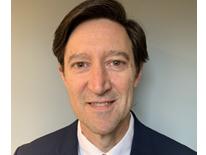 Norton Francis currently serves as Director of Revenue Estimation for the Office of Revenue Analysis (ORA). Francis re-joined ORA in 2017, as the director of revenue estimation where he oversaw the quarterly forecast of the District’s local tax and non-tax revenue sources and analyzed the fiscal impact of policy changes on revenues. He held this position from 2009 to 2012, as well.

Prior to joining ORA, Francis was a senior researcher at the Urban Institute State and Local Finance Initiative, where he published several reports and articles on state tax policy, state revenue estimating, and economic development. He was also the chief economist for the New Mexico Legislative Finance Committee from 2005 to 2009.